Proposed Vaping Bill Back on the Table in Iceland 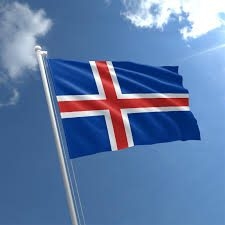 Vaping in Iceland is extremely popular, but a new bill could see all that change if it manages to get through parliament. A vaping bill that was originally proposed by the Bright Future party in 2017 is currently be re-considered by parliament with the majority of the committee in favor of proposed changes to vaping regulations. While vaping continues to grow in popularity around the world, many governments are only now trying to reign in vaping and get some sort of legislation in place to govern and tax it.

The bill was first brought forward by the former Health Minister Óttarr Proppé, in early 2017 and seeks to prohibit vaping in public spaces such as cafes, bars, cinemas, restaurants and other places such as hospitals, schools, and public buses and trains. Many schools across Iceland, and around the world, have already put bans in place banning the use of e-cigarettes and vaporizers. Many members of the committee are not only in favor of the bill but are looking to add further restrictions on where people could vape, place a tax on vaping, and impose many of the restrictions currently imposed on cigarettes and tobacco onto vaping and e-cigarettes. Even to go as far as to ban vape advertisements on the media, web, and social media. Any revenue raised through the new taxes would go directly to the Public Health Fund.

Halldóra Mogensen, an MP for the Pirate Party, has a strong opposition to the proposed bill. “The majority of the committee is going much farther than the bill itself, which goes farther than the directive,” she said. There is strong support by vapers for parts of the proposed bill, with many happy to support the ban of vaping in public places, but other aspects of the bill have them worried. Erna Margrét Oddsdóttir, who is the owner and manager of vaping shop in downtown Reykjavík said last year that she is concerned that such a bill would encourage a ‘vape black market’ with vapers trying to go outside of the law and creating their own vaping products and e-liquids.

Many people believe that the rise in the popularity of vaporizers and e-cigarettes has led to an almost 50% decrease in the number of cigarettes sold, between 2008 and 2017, across Iceland.