Why Is Apple Against Vaping? 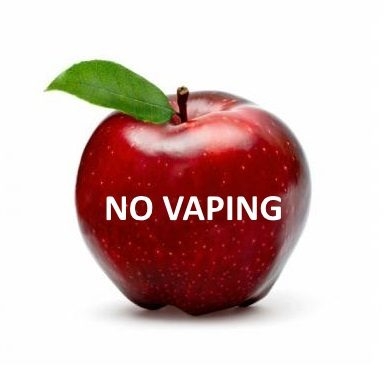 With the number of apps available on the Apple Store, it seems absurd that Apple has taken such an anti-vaping stance!

Check out the Apple Store, and you’ll see an endless amount of useless and otherwise rubbish apps. There is no denying that Apple certainly caters to tastes of every imaginable variety, or is there? Apple has consistently gone against their own review guidelines when making decisions about vaping related apps. It’s hard to put any rhyme or reason behind their policy. While you can still find vaping related apps on the Apple Store, what you won’t find is any of them being updated or new apps being released.

Sure, this wouldn’t sound like such a bad thing if you created the perfect app, but for many app creators, there is an endless amount of fine tweaking which goes into every app created. That doesn’t even include the updates to take advantage of new devices and updates to ensure that apps work with new devices and operating systems.

Unfortunately, this isn’t anything new for vaping companies as Planet of the Vapes found out for themselves the hard way several months ago. They were one of the first companies to take the battle to Apple about their seemingly uneducated move against vapers. It doesn’t seem to make a whole lot of sense that a company with so much invested in the community would be so against a product which many governments around the world the world is moving to promote as a healthier and safer alternative to traditional cigarettes. Public Health England is one government that believes vaping could be as much as 95% better than smoking cigarettes. Canada is also taking a very educated and balanced approach which you can read about here.

Let’s dissect Apple’s guidelines and see if we can make a little bit of sense out of their seemingly bizarre and uneducated stance on vaping related apps. Let’s see if we can determine just what Apple is trying to achieve. Apple’s review guidelines seem pretty straightforward and easy to understand, but big companies, especially Apple aren’t always prone to dissect just what their business practices are.

“Apps should not encourage illegal or excessive consumption of drugs or alcohol; or encourage minors to consume drugs, alcohol, or tobacco; and facilitating the sale of marijuana isn’t allowed.” Section 1.4.3.

Okay, seems pretty straightforward. Let’s use the UsedVape app as an example. There is no way that this app promotes young people to use nicotine to tobacco. Quite the opposite. They actually encourage only those over 18 years of age and vaping itself doesn’t target new users. Vaping and e-cigarettes are completely geared towards getting people to quit smoking and start vaping. It’s aimed at long-term smokers that have tried all the usual quit smoking techniques and been unsuccessful with them all.

So, why is it then that Apple is so determined to put vaping apps out in the cold? You can access some truly horrendous apps on Apple. There are apps about cheating on your spouse, stalking friends and co-workers, cannabis apps, drug use apps, apps that promote underage nudity, inappropriate dating apps, apps that determine how gay your friends are, shaking baby apps and so many more that we aren’t even going to try and list them all. For the love of everything which is fair, why is Apple so determined to placate the minority, or is it something just a little more sinister?

There has been talk over the last 12 months about Apple’s patent which resembles a vaporizer. Now, we’re not saying that Apple is developing their own e-cigarette, but this patent which they filed look a lot like one. You can check out the full article on their new vaporizer patent here.

So, where has this left vaping enthusiasts, vape companies, and manufacturers? Somewhere way out in limbo that’s where. For a world that is based on free choices and allowing us as people to make our own decisions, Apple seems to be trying to do the choosing for us. If you support vaping and your right to make your own decisions, then comment below and share this article! If you would like to speak to the team at UsedVape, then don’t hesitate to contact them directly!