What Are the Different Types of Vape Tanks and Atomizers?

There are several different options available when it comes to how you vape and the type of tanks you use. Let’s look at the different tanks, clearomizers, and atomizers!

As vaping grown in popularity around the world so does the different choices, vapers have when it comes to how they vape and the vaping gear that they use. For beginners, this can be a seriously daunting task. Your tank or clearomizer contains your atomizer or your coil. This is that the battery heats, turning your e-liquid or e-juice into vapor which is then inhaled. What is an RBA, RDA, or RTA? What are clearomizers? Let look at the different vape tanks and atomizers and what they do! 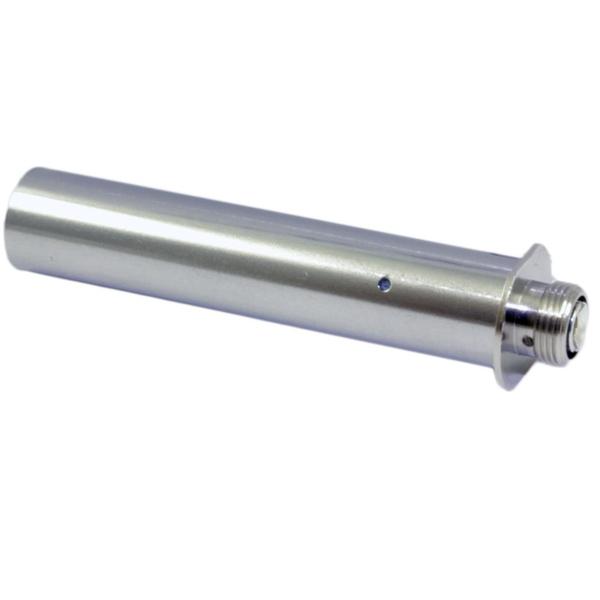 · Cartomizer – This one of the most basic methods of vaping. This is where many beginners start their vaping life. The Cartomizer is generally bought pre-filled, and then once you finish the e-liquid, you throw it away. They are cheap and normally found on devices you would buy in gas stations or convenience stores.

· Clearomizer – This is the next evolutionary step in tanks. A clearomizer was originally just a cleat cartomizer. They are now much bigger, holding 2-3ml of e-liquid or e-juice. The coil is removable, and the clearomizer is easily refilled. They will be most commonly be seen on vape pens like the eVod beginner kits. You can normally buy a beginner kit with two devices, two clearomizer tanks, coils, and e-juice or e-liquid.

· Basic Tank – This is a higher-quality version of a clearomizer. They are normally made from stainless-steel and have glass tanks. The coils are replaceable like a clearomizer, but the tanks capacity is normally anywhere from 2ml to 5-6ml. They have a 510-thread connection which is used on most mods or vape pens. This will also be your first introduction to air flow control, with most tanks having an adjustable bottom or top air flow.

· Sub-Ohm Tanks – Sub Ohm Tanks are like basic tanks, but the coils inside are much lower resistance than regular coils. What does this mean for you? The coils can handle higher wattage and will produce much bigger clouds of vapor. You’ll also be able to use higher VG e-liquids which have better flavor profiles. You’ll need a more powerful mod to take advantage of sub-ohm tanks. There are some fantastic sub-ohm tanks and mods available ready to use. They’ll cost a little more than regular mods and tanks, but the investment is well worth the added cost! 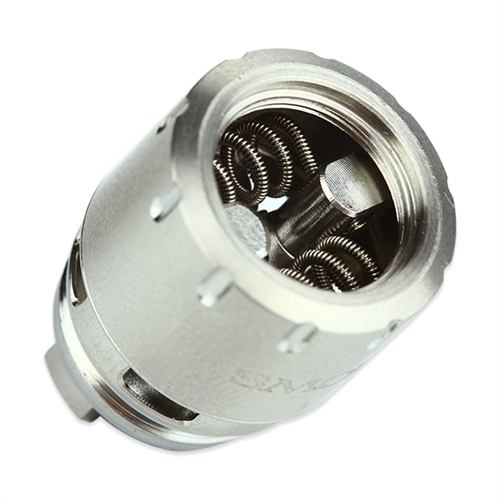 · Re-Buildable Atomizers (RBAs) – This is where vaping takes a little turn. You’ll need a little bit of knowledge before you attempt RBAs. RBAs are like other tanks, but instead of replacing your coil with another pre-made coil, you wrap and build your own coils. By building your own coils, you can customize your vaping to suit your requirements while also reducing the costs associated with buying new coils. 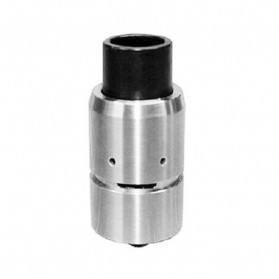 · Re-Buildable Dripping Atomizer (RDAs) – RDAs do away with tanks altogether. Instead of filling your tank, your drip e-liquid or e-juice directly onto the coil when you want to vape. You build your own coils just like you would with an RBA. RBAs, RDA, and RTAs aren’t for beginners. It’s important to understand what you are doing when you make your own coils.

· Re-Buildable Tank Atomizer (RTAs) – This is like an RDA. It has a small tank or bowl surrounding the atomizer or coil which allows a small amount of e-juice or e-liquid to be stored. You get all the benefits of an RDA, without the hassle of having to drip so much.

· Re-Buildable Dripping Tank Atomizer (RDTA) – This is sometimes also known as an auto-dripper. You still have a deck to build on, but you also have a tank to hold your e-liquid. You don’t constantly drip e-liquid, it drips it for you when you press down on the drip tip.

· Mouth to Lung Tanks (MLT) – These aren’t necessarily a specific tank, any tank could be a mouth to lung tank, but some tanks are better for vapers that like MTL. If you want a good mouth to lung tank, you’ll want a higher ohm coil and low wattage. · Genesis Tank Atomizer (GTA) – A GTA is an enclosed or sealed build deck. It’s similar to an RTA but incorporates the wick system of the RDTA. The coil sits in the middle of the tank, and then the wick drops down into the tank. It isn’t one of the more common styles, but some vapers do prefer it.

For beginner vapers, a tank system or sub-ohm setup is the ultimately the best way to start vaping. After a while, you can start looking at the rebuildable setups. Ultimately, a lot will come down to personal preferences and the amount of money you’re looking to spend.